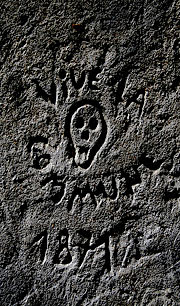 The Internationale was written to celebrate the Paris Commune of March-May 1871. It was the first time workers took state power into their own hands. They established in the Commune a form of government more democratic than ever seen before. Representatives were mandated on policy questions by their electors, they were recallable at any time and were paid wages that reflected those of their constituents. The distinction between legislative and executive arms of government was abolished. The Commune was invaded and destroyed by the conservative French National government then based in Versailles. Since then, workers have adopted similar Commune-like organizations whenever they have challenged the state: in the form of the Soviets in Russia in 1917; the collectives in Spain in 1937; the Workers Council of Greater Budapest in Hungary in 1956; the cordones in Chile in 1973; and, in many respects, Solidarity in Poland in 1980. "