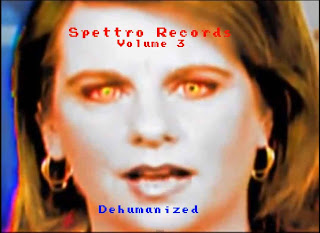 New track Ambushed on Spettro Records four volume compilation (SSS track on volume 3 Dehumanized). Get it here. You can also listen/download individual tracks or whole zipped package at Archive, vol 1 here and vol 2 here. I believe vol 4 is on it's way.
You can download Ambushed here but I strongly suggest you get all three volumes of noise and found internet sound insanity and take a good listen.
Lähettänyt Marko-V klo 16.57 Ei kommentteja:


Basic Geometry by Stephen Scarlett.
Stunning visuals mixed with Emilian päänahka. One of my favorites.

1006 Broughton Place @ Five Coves Trace (Enhanced) from Halcomb Homes on Vimeo.
If you thought that using SSS music to sell lingerie was strange... this is even weirder: selling homes! At least I think that's what they are doing. Celebration of the moon mixed with some easy listening piano. There's something spooky about that house.

Been quiet lately. I've done only a few compilation tracks which hopefully will show up sometime later. There is actually an unreleased album (only lacking a cover art) which was supposed to be released but plans were changed so it stays unearthed so far. Maybe I'll release it as a pro-duplicated small edition cd-r or tape (meaning it will be sold through my web site and will not be available as free download).
Lähettänyt Marko-V klo 17.37 Ei kommentteja:
Uudemmat tekstit Vanhemmat tekstit Etusivu
Tilaa: Blogitekstit (Atom)