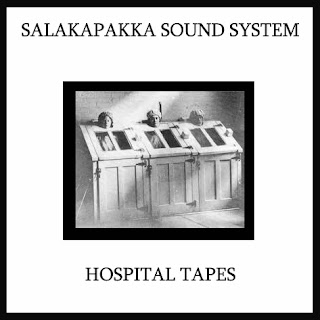 Here are three rough rehearsal tracks which I made just before I got into hospital because of lung thrombosis. Hence the name "Hospital tracks". Bear in mind that these tracks were made in fast and furious fashion. Material was recorded on multi-track recorder then exported and mixed in real-time with as little computer interaction as possible. This was quite satisfactory working method for a change. Maybe those tracks will be remixed later for some proper release... or maybe not.
Get mp3 at mediafire here.
Wav, flac and ogg vorbis at Archive.