My new side project Itsensäsyöjät debut release is on it's way. Quite happy to do something different for a change.
Lähettänyt Marko-V klo 8.25 Ei kommentteja: 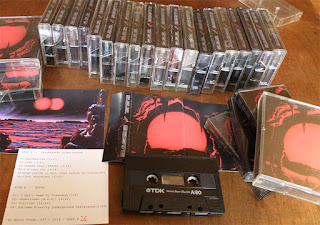 Out now! Split tape between SSS and Chilean noise master 886VG. 60 minute recycled tape limited to 45 copies. Check samples and info at No Brain Prod. web site. Order your copy straight from 886VG distro for $4. I have few extra copies for sale (€4 + postage).

SALAKAPAKKA SOUND SYSTEM & SODADOSA - Split now out as a tape 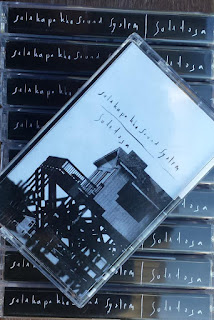 Orb Tapes from Pennsylvania decided to put this out as a very limited tape (C21, numbered edition of 25) for only $5 a piece so grab it while you can at Orb Tapes Bandcamp page. I have a couple extra copies so in Europe you can mail me in case you want one (4€ + post). 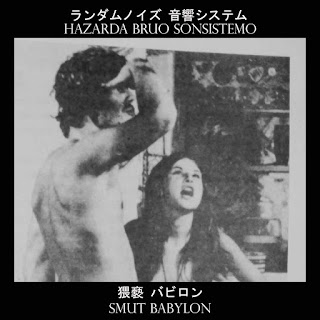 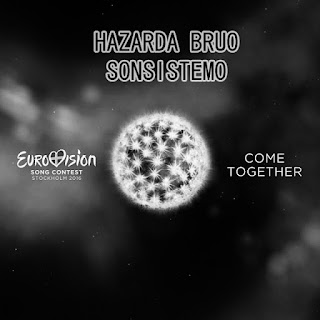 Here is a debut release of SSS sidekick project Hazarda Bruo Sonsistemo called "Eurovision Song Contest 2016", being just as silly and stupid as the title suggests. After this year's Eurovision song contest I thought 'what if I layer those songs on top of each other and slightly treat them somehow...?'. Here's the result: four tracks of uneasy listening hodge-podge experience devoid of any compositional structure or talent.

This time I present you my new solo side project called Hazarda Bruo Sonsistemo which is an output for my ad hoc sound experiments which quite doesn't fit into Salakapakka Sound System repertoire. Stylistically it can be harsh & loud, quiet ambience, structured or abstract, electronic/acoustic/electroacoustic/field recordings or whatever. No borderlines, no insight, no entertainment, no intelligence... no shit.
First release in next post.

Running on last copies of "Atonality Appreciation Society" tape so if you want yours, be quick. Otherwise you can ask for it, "Barbed Wire Boogie" & "Accident Worship" from Freak Animal, Drone Records, Mask of the Slave, Mirgilus Sicilorum, Cursed Tapes, Gravity Swarm and Sun & Moon Records.
Two exciting new split releases on their way (one recycled tape and one bandcamp release) - more about them when they are out.
I am also working on two new side projects, more about them later.
Lähettänyt Marko-V klo 21.30 Ei kommentteja:

and another compilation track 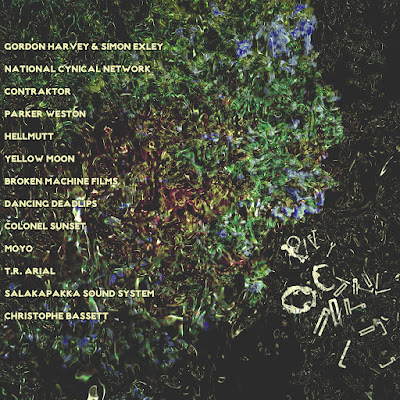 As usual, on vacation in foreign lands I tend to carry a small portable recorder with me all the time. You never know what once-in-a-life sound happening is waiting just behind the corner. Vietnam offered me a couple of interesting possibilities of recording local music.
Two times I went to a local traditional music shows in the old quarter of Hoi An (an old coastal town in the middle of Vietnam). Even being a bit touristry affairs, they were still fun to watch and listen. I really like the look and sound of traditional Vietnamese instrument dan bau (propably getting one myself).
On one occasion I was spending evening in the local park in HCMC when some blokes were launching their karaoke machines. "Oh, there's gonna be an out-of-tune western pop standard time", I thought first but I was happy to hear that they were karaoking some traditional music. Now that was something I never heard before. I even attended a big local free outdoor heavy metal/rock -concert with Vietnamese bands performing. Nothing original there, most bands sounding like Nightwish, Stratovarius or nu-metal rip-offs but still fun to see that a bit harder rock music is alive and well in Vietnam where some art forms are still struggling with censorship restrictions.
Otherwise the vacation was filled with searching for good places to eat (there was plenty of them), inspecting the surroundings (found one of the ugliest beaches I've ever seen - see the photo with sand bags and a drowned dog carcass) and interesting bulleting boards and signs, visiting ancient ruins of My Son & some temples... and of course hunting for records which I wrote about in my previous post. 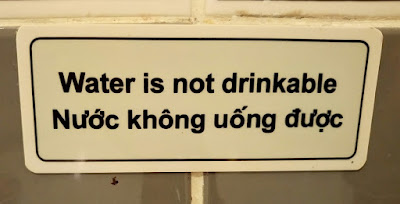 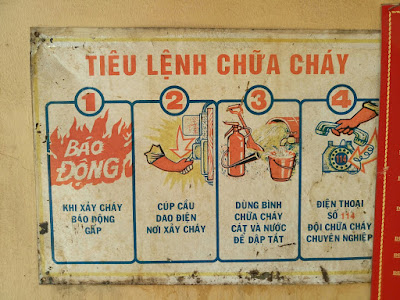 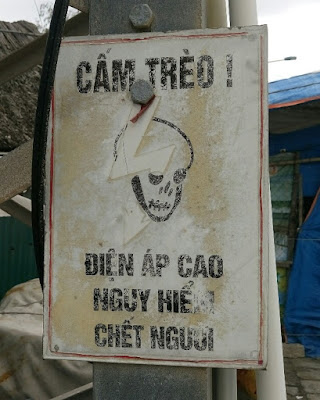 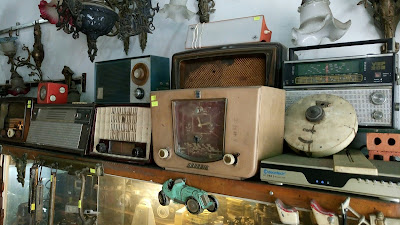 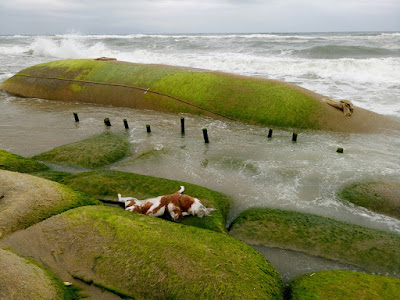 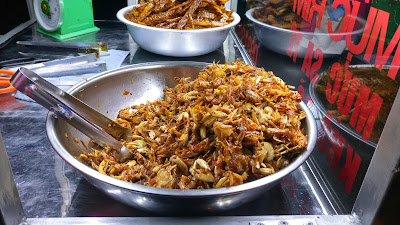 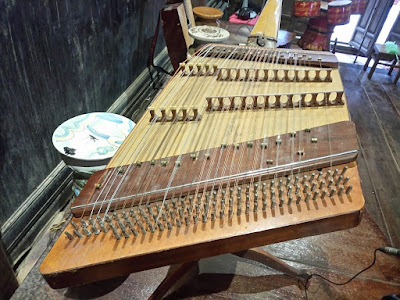 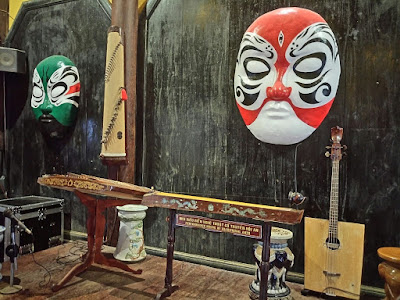 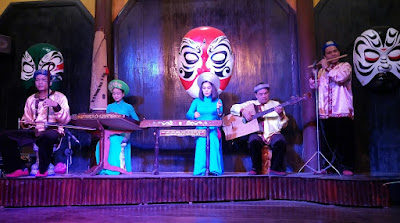 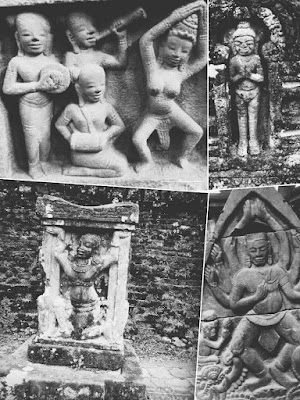 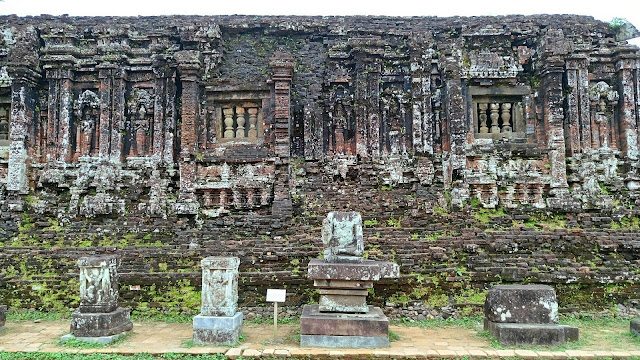 back home from Vietnam with some vinyls

UPDATE:
Now that I have listened through about 1/3 of the records, I'd like to share some experiences. First of all, some records are in truly horrible condition. Even though I have cleaned them all, the most of sleeveless discs collect a fair amount of pitch black dust on the needle even when I've listened only halfway through one side. Uh, maybe that's agent orange leftovers.
Some discs with low recording volumes have surface noises even louder than music itself - so much it's almost experimental music. I wasn't actually thinking of digitizing these (I regard vinyls as listening formats - not some ornaments which exist there only for digitizing purposes) but some of those could benefit from some SoundSoap or iZotope treatment. Still, most of them are in listenable condition.
In many Vietnamese records there is also the same truly annoying thing which you see in many Thai records: the end groove does not stop the needle in a locked groove mode. Instead the needle jumps to center label making some horrible noise (cannot even imagine what it does to the needle itself)... then, the record owner and everybody else in the house jumps along.
About the music itself. There seems to be a couple of comical music theater pieces just like the ones you often hear on Thai records. You know the style: couple of dudes or the man/woman duo exchanging lines with funny intonations and some music thrown in. Obviously funny if you understand the language but an outsider is left dumbstruck. There must be a name for this genre.
Secondly, there is a lot of music which starts in easy-lounge/mondo-exotica mood but suddenly turn into traditional music only to return back to mondo lounge mood in the end of a track or record. There's propably a name for that genre too. Anybody with inside knowledge, send in a comment.

UPDATE part 2:
Now here is the Vietnam vinyl mix I made. Just managed to remove most horrible scratches... but still it has some, never mind. Enjoy. I am planning to digitize and clean them all in 2016 and post them at my other blog so stay tuned. 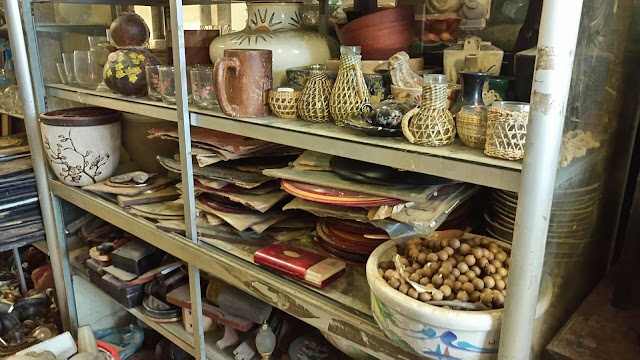 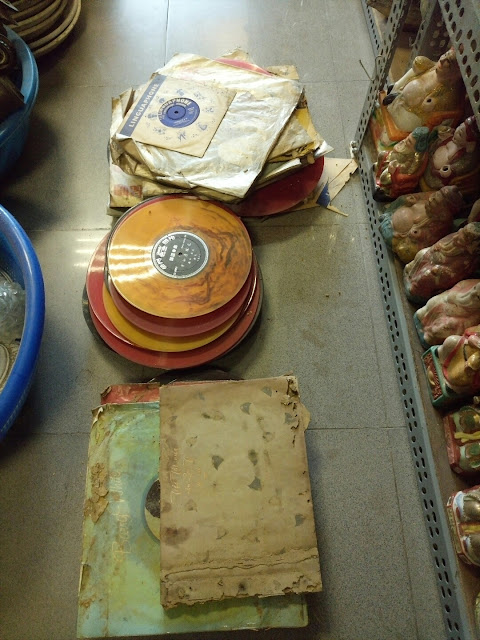 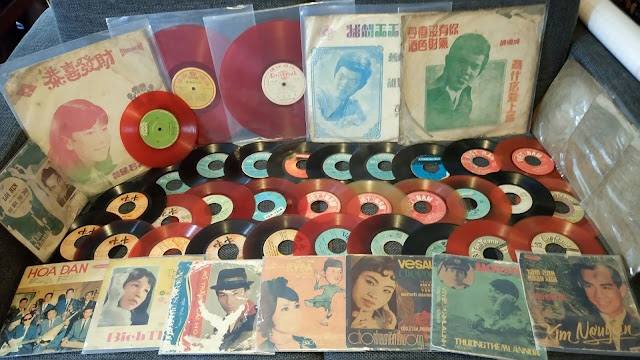 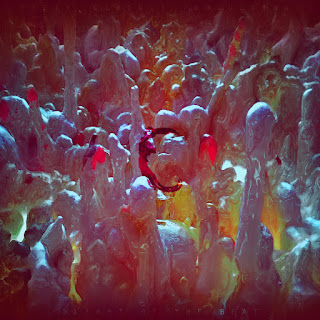 SSS is included in a new Piety Circuit netlabel's compilation "Blight of the Beat", get it at Bandcamp.
SSS track is called Turntables are turned using the sound of... you guessed it: turntable. 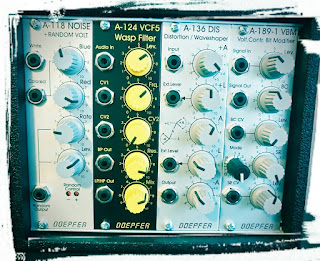 Some modular things I've bought in a recent couple of months:
Doepfer A-118 Noise + random volt generator. White, blue & red noise. Choose the best, or choose them all! Plus a random voltage output. HNW insanity.
Doepfer A-124 VCF-5 Wasp Filter using the similar circuit as old 70's Wasp synthesizer. Truly excellent filter, propably the best I've used so far.
Doepfer A-136 DIS Distortion/Waveshaper. Shapes your sound wave into complete mess sounding really fucked up.
Doepfer A-189-1 VBM Bit Modifier for bit crushing etc. I got this just yesterday so cannot say much more except feeding in a colored noise can sound truly harsh.

Toinen - The Other (short film)

Now you can watch Toinen - The Other short film with Salakapakka Sound System soundtrack (with english subtitles) at Vimeo.

There is a small interview of yours truly (first one ever!) at Piety Circuit Production's Facebook site.
Go read it.
Lähettänyt Marko-V klo 11.27 Ei kommentteja: 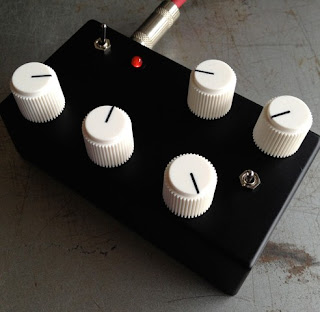 Hello folks. My latest "toy": Rucci's Minimal Drone. As their web site tells: "This is a minimal drone synthesizer capable of dense sounds. Two oscillators modulate each other while a third selectable LFO adds more interesting rhythmic drones. There is also a low pass filter and volume." Not much to add except that it accepts also CV in, but not all CV. At least my box works only when the incoming control voltage is strong enough (like CV from Dark Time or LFO from Dark Energy). But that's not a big thing since I feel like using it without external CV anyway.
You can order it from their site.

You can hear/download test file here. It was made only by using Minimal Drone and Boss RC-2 loop pedal. No eq, no effects, no editing (even though it might need some... but hey, that's drone... it is supposed to go on and on and on with slow movements). There is actually two test files put into one: first, shorter, one is faster and the second one is longer and building up slowly. Nothing fancy but it gives you an idea what it's capable of.
Lähettänyt Marko-V klo 11.45 Ei kommentteja:
Tunnisteet: gadgets
Uudemmat tekstit Vanhemmat tekstit Etusivu
Tilaa: Blogitekstit (Atom)