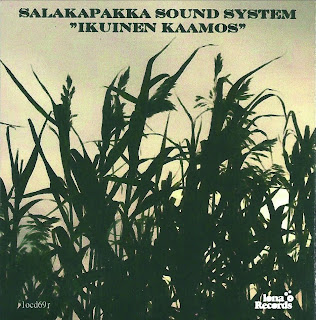 Hong Kong based label Lona Records have released "Ikuinen Kaamos" 3" CD-R. You can order it for $5 (+p&p) there, or you can ask me for extra copies.
"Set up in 2003, Lona Records is an independent label in Hong Kong preoccupied with producing alternative/experimental music. In December 2005, we launched a series of 3" CDR singles as an attempt to explore the aesthetic boundaries of experimental sound. Each 3" CDR or 3" DVDR features musical/multi-media works by independent artists from across the world, including the U.K., U.S., Italy, Sweden, mainland China, and Hong Kong etc. Each volume is released in a limited numbered edition of 50. From droning to clicks n' cuts, from glitch to avant-garde, from ambient to extreme noise, we venture off the beaten path and bring all sorts of exciting sounds to a worldwide audience. We are thrilled to see that this 3" series has attracted more and more great artists/bands, both new and established, from near and afar, to lay in our hands the products of their sonic experiments. Open-ended and ever-evolving, this series is rolling on and on—breaking new ground, transcending more boundaries. We are still waiting to see how far it can go.
Alongside the 3" series we also release CDs in larger size and quantity, which include the official album Hou Guan Yin of FM3 + Dou Wei from Beijing , the first official album She Traded Her Leg of Jeffrey Bützer from the United States, and the debut EP and album of The Yours from Hong Kong."
Lähettänyt Marko-V klo 18.22 Ei kommentteja:
Tunnisteet: ikuinen kaamos 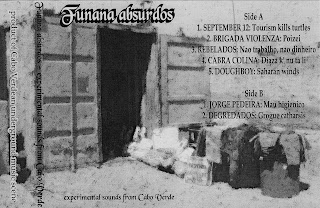 Head over at my other blog for some strange tape compilation.
Lähettänyt Marko-V klo 18.23 Ei kommentteja:

Hi everyone. Been quiet lately since I´ve spent some holiday and struggled with some health related issues. As I stated in my previous post I visited Cabo Verde and there´s going to be a surprising post related to Cabo Verdean music in near future until I get my tape player in working condition. Stay tuned.
Lähettänyt Marko-V klo 15.04 Ei kommentteja:
Uudemmat tekstit Vanhemmat tekstit Etusivu
Tilaa: Blogitekstit (Atom)