Here it is! SSS remix album. Mixes have been made by yours truly and a couple of outside helping hands and ears.

1. Monks & mantras [Derek Piotr remix] --- This track was originally Monks, mantras & methamphetamine from "La Musique Concrète part 2". Original was very much vocal oriented affair so that´s why Derek was a perfect choice for remixing this. Being the shortest track it works as a intro for the whole package.

3. Musta huone [musta mix] --- It was funny to notice how outside mixers did not feel like destroying original tracks totally. So I had to do it. This time I turned Musta huone into atonal black ambient mess.

4. Reinin kultakannel [TDoTA mix] --- This track appears in it´s original form (and name untitled piece for kantele#1) at compilation "Soinoise vol.2: SIDS". The Day of The Antler made a remix that sounds different (but not too much) compared to original which was mostly improvised piece.

6. Rakkauskirje oikeistopopulisteille [Spurious Transients bossa nova mix] --- This remix makes me smile every time. A twisted bossa nova rhythm added to track that was originally in "iDiot". This one stands out!

7. Time is running out [chinese water torture mix] --- Original piece from "La Musique Concrète part 2" turned once again into a mess by myself. You cannot call the original very 'musical' but this mix pushes it even further into atonality.

8. Time is running out [Spurious Transients mix] --- Alternate vision, not so annoying as the previous torture mix.


Get it 320 kbps mp3 from mediafire
Or from Free Music Archive (here a download link for full album in mp3)
Uncompressed wav at Internet archive. 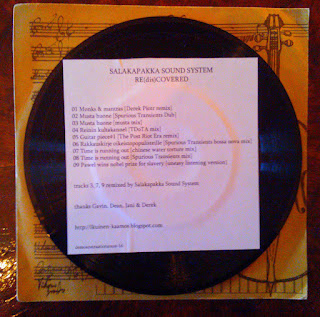 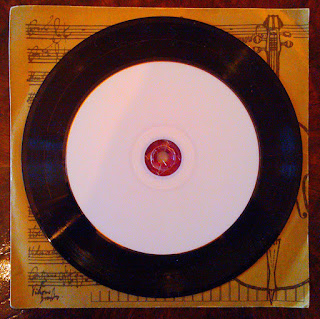