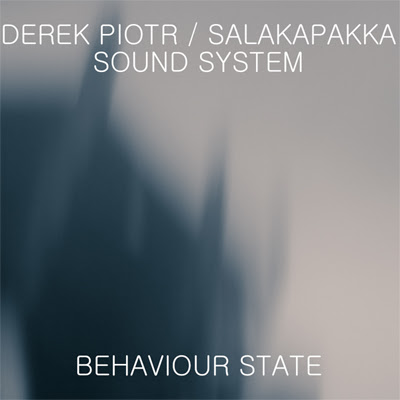 Brand new collaborational album with Derek Piotr. It is basically a remix-of-a-remix-of-a-remix... album. Here´s what Derek has to say about this project: "I have always had a great adoration for Finnish music, from the fiddle driven beautiful folk music, to the coarse sounding joik, to electronic Finn wizards Pan Sonic and Vladislav Delay. in fact, Antye Greie (known as AGF) is the woman who programmed much of the original Behaviour State track, and she lives with Delay on an island off the coast of Finland. Much of this year has seen me rubbing elbows with Finnish producers, from Jari Pitkänen to Marko V, of Salakapakka Sound System. I have admired his work for a long time and after over a year he and I finally connected. one of the first exchanges we had happened when he decided to send me base files of a track he was working on, called Motorond. these stems eventually became my track Behaviour State, which is in a nuanced way a statement on social networking and passive mind-control. AGF then processed what I had built from Marko's files to create a poweful track indeed. I brought this to Marko and we decided that since I had "remixed" his work, we should continue the flow with a full remix split effort. the end product is what you see here."

I am a man of few words so I have absolutely nothing to add except I´m glad I did it. You can download/listen individual tracks at Free music archive, or you can download whole package as mp3 at FMA or mediafire. 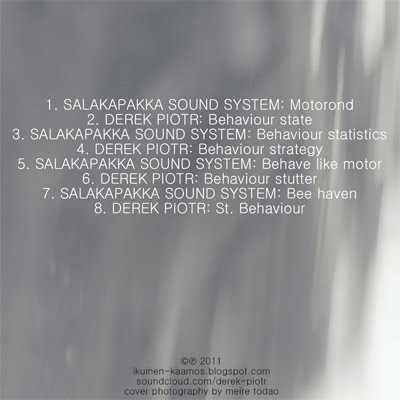 There is a nice interview with Derek here where he talks about this particular project and his brand new remix album.
Lähettänyt Marko-V klo 0.08